Queen Elizabeth, as claimed by some historians, is a descendant of a Muslim King whom himself is a direct descendant of Prophet Muhammad. While this may be a little too overwhelming to digest for the layman but to genealogists, this is common sense.

ENGLAND – According to a study in 1986 by Burke Peerage, one of the top genealogical publishers of the world, Queen Elizabeth of the United Kingdom – the world’s oldest living monarch – is a descendant of Islam’s Prophet Muhammad, specifically, the 43rd great-granddaughter of the Prophet. Burke Peerage has provided authoritative genealogical records of historical families for more than 190 years.

Queen Elizabeth, as claimed by some historians, is a descendant of a Muslim King whom himself is a direct descendant of Prophet Muhammad. While this may be a little too overwhelming to digest for the layman but to genealogists, this is common sense.

Mixed in with Queen Elizabeth’s blue blood is the blood of the Moslem prophet Mohammed, according to Burke’s Peerage, the geneological guide to royalty. The relation came out when Harold B. Brooks-Baker, publishing director of Burke’s, wrote Prime Minister Margaret Thatcher to ask for better security for the royal family. “The royal family’s direct descent from the prophet Mohammed cannot be relied upon to protect the royal family forever from Moslem terrorists,” he said. Probably realizing the connection would be a surprise to many, he added, “It is little known by the British people that the blood of Mohammed flows in the veins of the queen. However, all Moslem religious leaders are proud of this fact.”

Brooks-Baker said the British royal family is descended from Mohammed through the Arab kings of Seville, who once ruled Spain. By marriage, their blood passed to the European kings of Portugal and Castille, and through them to England’s 15th century King Edward IV.

The Umayyad Caliphate was an Arab caliphate established after the death of Prophet Muhammad. It was a formidable force and at its peak, ruled over 15 million km2 from the Caucasus (Eurasia) to the Iberia Peninsula (Muslim Spain, Portugal, Andorra and Gibraltar). It was the fifth largest empire in history, governing 62 million people (29% of the world’s population at the time).

Al-Andalus or Caliphate of Cordoba

The capital of Islamic Iberia was Cordoba in present-day Spain, which existed between 756 and 929. Cordoba became a cultural and intellectual centre for the Muslims, Christians, and Jews, where advances in science, history, geography, astronomy and mathematics were made. It was also not uncommon that interfaith marriages between Muslims, Christians and Jews occurred during this period.

The downfall of the Umayyad Caliphate came after the Abbasid Revolution (661-750 CE), the second of the four major Caliphates in early Islamic history. The Abbasid was a dynasty formed by Abu al-Qasim Muhammad ibn Abbad, who was claimed by historians to have been a direct descendant of the Prophet Muhammad through the Prophet’s daughter, Fatima.

It was through Al-Qasim bloodline that historians believed that Queen Elizabeth shared her genealogy antiquity with.

Al-Qasim became the ruler of Seville, a territory in Muslim Spain and ruled until his death in 1042. After two successions, his grandson Muhammad Al-Mu’tamid took control of Cordoba in 1071. He was to be the third and last of the Abbasid.

In 1091, the Abbasid kingdom fell into the hands of the Almoravid dynasty, a Berber imperial dynasty of Morrocco. The Berbers are an ethnic group indigenous to North Africa.

Al-Qasim had a daughter named Zaida. She was a refugee Muslim, who fled to King Alfonso VI’s court – the Spanish King of Leon, Castille and Galicia, during the attack on the Abbasid kingdom by the Almoravids.

Zaida converted to Roman Catholicism and married King Alfonso VI. She adopted the name Isabella after her baptism. Together, they had three children who went on to have more descendants.

Two centuries later in 1352, a descendant of Zaida and King Alfonso, Maria de Padilla had children with King Peter of Castille. The king fathered four children with her, two of whom married sons of King Edward III of England.

Generations later, Queen Elizabeth was born, bringing with her a colourful lineage of royalty from both the Western and Eastern civilisation.

Here’s the ancestry of Queen Elizabeth in full:

It is a complicated process to trace the ancestral route of an individual over the course of centuries, but logic in genealogy would dictate that if we go back many years, the duplication of ancestors would be massive.

See below for the theoretical example of ancestors dating way back to the 12th generation:

To put it in perspective, assuming you were born in 1947, (such a date is used extensively in genealogy studies), you should have had 1,024 ninth great-grandparents prior. This takes us back to 1700s – around the time of the British first settlements in North America. If we go back even further to the 1500s, an average child born in 1947 would have had 60,000 ancestors.

How’s that for genealogy? 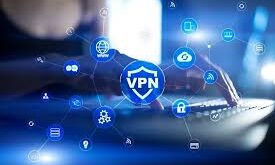 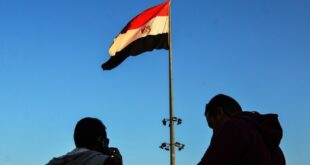 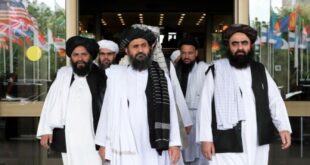 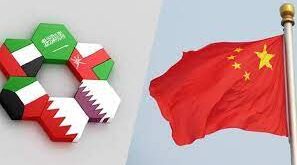